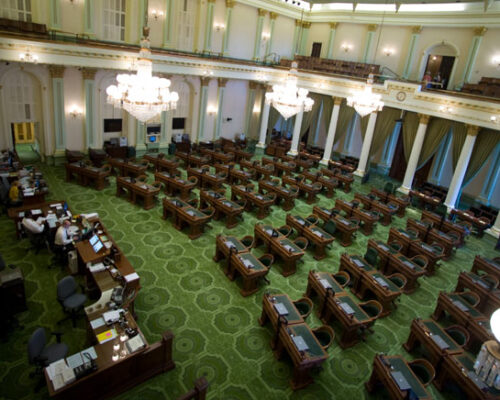 On July 16th the legislature adjourned for summer recess, giving members and staff a month-long break from another tumultuous legislative session impacted by covid. It also marked the deadline for bills to make it out of key policy committees before heading to appropriations and the senate and assembly floors for critical votes prior to the end of session on September 10th.

Habitat’s sponsored legislation continues to move forward. SB 728 (Hertzberg), improving the state’s Density Bonus Law to allow nonprofits, like Habitat to purchase DBL units for low-income families, is on the Assembly floor. AB 602 (Grayson), creating transparency and clarity in impact fee exactions at the local level, AB 1095 (Cooley) ensuring parity in state funding sources, and AB 345 (Quirk-Silva), streamlining and clarifying ADU separate conveyance requirements are all currently in Senate Appropriations and will be voted on when the legislature returns on August 16th. Each of these measures provides incentives and additional tools to expedite housing development and limit NIMBY opposition.

In budget news, Governor Gavin Newsom signed the largest funding and reform package for housing and homelessness in California history as part of the $100 billion California Comeback Plan. The package includes $10.3 billion for affordable housing and $12 billion spread over two years towards tackling the homelessness crisis head-on and demanding greater accountability and urgency from local governments.

AB 140 also allocates 10.3 Billion toward affordable housing, primarily directed toward affordable rental housing to preserve units as well as incentivize the development of new units. It includes 100 million to promote ownership through down payment assistance as well as the development of new ADUs. While this is a good step, it is nowhere near the investment needed to make a meaningful dent in providing low-income families with opportunities to close the racial wealth gap through ownership. Habitat will continue to advocate for additional ownership funding to support the production of affordable ownership housing.