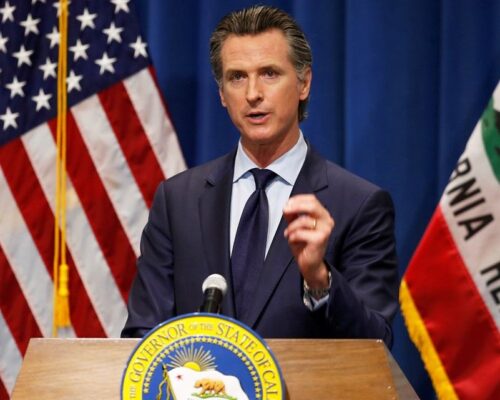 Overall Governor Newsom indicated that California is poised for a “broad-based and equitable” economic recovery with billions dedicated to reserves, paying down long term pension obligations, and a discretionary surplus. In fact, revenues are projected to be high enough to exceed a State Appropriations Limit or “Gann Limit” for just the second time since enactment in 1979. If revenue projection holds through the May Revise, the excess $102 million in revenues must be allocated between schools and a tax refund. Expect more details in the May Revise.

In a break from the traditional six-month negotiation process, the Governor is asking lawmakers to take immediate action on several key components in order to quickly reopen schools, support families, protect tenants from eviction, and stimulate the economy. These include $5 billion for the following appropriations: reopening schools safely ($2 billion), small business grants ($575 million), fee waivers for small businesses ($71 million), $600 direct payments for low-income Californians ($2.4 billion called “Golden State Stimulus”), as well as federal funds the Administration anticipates. In addition to funding, the Governor is calling for an extension to the eviction moratorium put in place in 2020.

The Governor continued to demonstrate his commitment to meeting the pre-existing housing production crisis in California and the state’s Housing for All goals by proposing to invest $8 billion in housing resources and $2 billion in homelessness resources. Most notably, in addition to direct investment in more affordable housing for ALL Californians, he allocated funds directly to HCD to increase accountability for local jurisdictions that continue to avoid their obligations to produce and ensure fair housing under the law in their communities.

In a special afternoon briefing with housing advocacy representatives, the Director of Housing and Community Development echoed the Governor’s earlier remarks by saying “he is doubling down on housing” and offered his own perspective on the need to crack down on cities like Huntington Beach, who constantly try to avoid their obligations to comply with state laws related to housing production. The Governor is proposing the creation of an Accountability Unit at HCD to proactively monitor city council, board of supervisor and planning commission meetings to hold them accountable for their housing production obligations “before we hear about it in a newspaper article.” Several pieces of legislation have failed to pass in recent years, due to their “costs” to HCD to implement and enforce effective accountability measures. Therefore, this budget proposal is significant, since a $4.3 million budget allocation is included to fund it to support local government planning and increase accountability and compliance with state and local fair housing laws.

In addition, in what appears to be a response to the recent state audit criticizing the state for the mismanagement of nearly $3 billion in affordable housing funds, the Governor plans to align funding programs under a single application and scoring system, in particular for rental properties. This is part of the implementation of AB 434, but this proposal will likely not change the legislature’s desire to overhaul the affordable housing financing system in the state.

Due to the pandemic, the Legislature quickly passed an eviction moratorium at the end of the 2020 session (August) that is now set to expire at the end of this month (AB 3088, Chiu). Today the Governor announced support for immediate legislative action to extend the moratorium and that he anticipates $2.6 billion in rent utilities support from the federal government. When asked about the timeline for extending the moratorium, the Governor emphasized creating a process of trust and respect towards legislative leaders and avoided answering. He expressed commitment and priority towards getting this done. He added that the State is working with the California State Association of Counties (CSAC) and the League of California Cities to partner and amplify efforts to get rent relief to people.

Here is a summary of the housing budget proposals: